If you’ve ever noticed that your bathroom sink drain stinks, you’re not alone. Sewage, musty or sulfur-like odors are unfortunately a common occurrence, but what causes them? More importantly, how can you rid yourself of those disgusting fumes? I will answer those questions today, so let’s get started to learn how to fix such issues!

Why does my bathroom sink smell

People complaining about bathroom sink smells generally describe such odors as musty, sewage and sulfur-like. To treat stinky drains in the long run, let’s understand first why such smells occur.

The most common reasons of stinky drains are dirt or other residue build-up that allows bacteria and mold to grow and make your bathroom smell like mildew.

Drains can get blocked due to various reasons including:

Another common problem is when the bathroom sink smells like sewage that usually happens because of problems in the drain system: a blocked plumbing vent, empty P-unit, cracked pipes or broken components caused leaks can be responsible for a sewer-like smell coming from the sink.

If a clogged drain vent or dried-out P-trap leads to stagnant odors, most probably a good flush will solve the problem, however if you suspect a plumbing error, it is better to call a professional.

Another common complaint is that the bathroom sink smells like rotten eggs. Experiencing sulfur odors might make you worried, but this happens probably due to the above-mentioned reasons including bacteria build-up in the pipes that lead to hydrogen sulfide gas forming, a blocked plumbing vent or dry P-unit allowing sewer gases to rise out.

However, there is another factor you need to check out if there is a strong rotten egg smell in your bathroom, which is your water source. Hydrogen sulfide naturally occurs in well water that can make it stink like sulfur, but up to a certain concentration it poses no known human health risk.

The first step when it comes to cleaning a stinky sink drain is investigating if there is a clog somewhere since no matter what deodorizer you put into it, if it can’t pass through the whole system, it won’t reach the source of odors. So, peek into the drain as well as the pipes. Sometimes, the clog will be near the top of the drain, and you’ll be able to see it and fish it out. 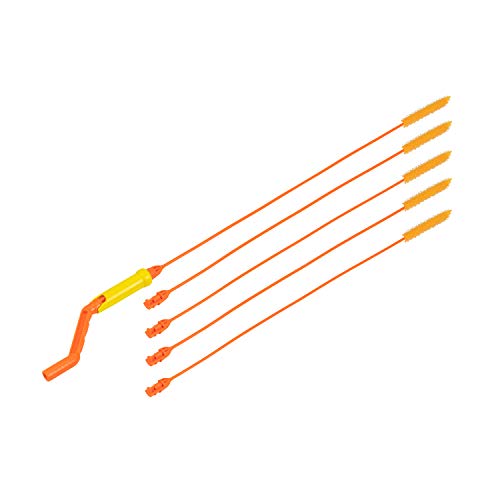 If you can’t see the clog, use a drain snake which is a think, flexible rotation tool covered in tough bristles to remove hair and grime from the inside of the pipes. When the system is free of debris, you can finally start to deodorize the stinky drain!

Bleach is probably one of the most well-known drain odor eliminators. It makes sense, given that it is a powerful disinfectant that kills bacteria and bacteria is what causes the unpleasant smells.

To resolve a stinky bathroom sink, here’s how to use bleach:

Cleaning smelly drains with bleach can be done when there is already an odor, but also as a preventative measure. But keep in mind that bleach will help only stop the drain from stinking and is not meant to dissolve and remove blockages in the pipes, so before using it always check if the system is not clogged.

Another way to stop unpleasant odors that are emanating from your drain is using vinegar. Due to its acidic properties, vinegar helps keep your bathroom smelling fresh in a chemical-free ways and removes smaller clogs. If you have, use concentrated cleaning vinegar which is more powerful than normal vinegar. 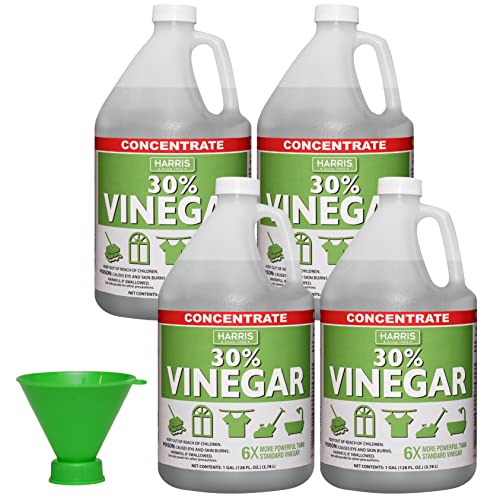 To eliminate sink drain smells with vinegar, follow these steps:

This method is even more powerful if you heat up the vinegar (but do not boil it).

To boost up the power of vinegar, add sodium bicarbonate (baking soda) to your cleaning solution! These two ingredients are highly effective if it comes to cleaning and can be used in several ways. Their foaming action works wonders when your bathroom drain stinks.

Here is how to make a baking soda cleaning solution:

Author’s Tip: For more tips, read my How to clean the bathroom with vinegar and baking soda post too!

If you still notice a smell after trying these methods, there are still a few tricks to consider before calling your plumber; my favorites are enzyme drain sticks. Such products contain highly concentrated, slow-dissolving enzymes that eliminate foul odors and help break down build-up from grease, soap scum or hair. 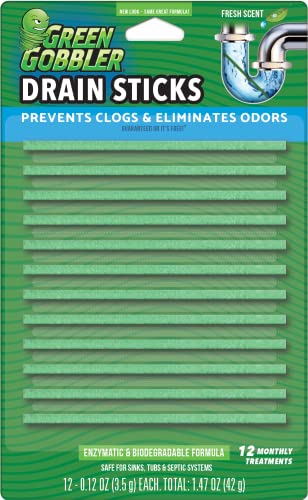 Just simply insert the stick into the drain and let it do the magic. My personal experience is that it initially takes a couple of days for the sticks to start working, but if you use them regularly, your drains will be smelling fresh and flowing freely!

"Disclosure: This article may contain affiliate links. If you decide to make a purchase, I'll make a small commission at no extra cost to you." What to do when your shower drain stinks? Click here to learn how to clean and deodorize it!

Did you ever had the problem of smelly bath towels? Learn here why it happens and how to solve it! Moldy shower mats are ugly and non-hygienic – upgrade your bathroom with a microban bath mat that is mildew-resistant!

Beat odors, mold, bacteria and bad smells easily in your bathroom by setting up an air purifier! How to get rid of musty smell in bathroom? This checklist will help to find the source of odors!